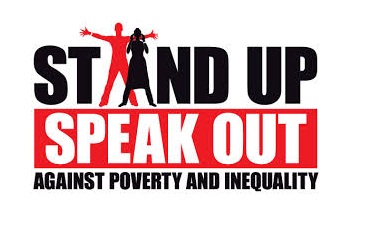 International Day for the Eradication of Poverty

On October 17th, the 2013 International Day for the Eradication of Poverty will be observed around the world. Poverty is a multi-dimensional social problem that often includes issues concerning income, cost-of-living, health, and social cohesion. Not having enough to eat or money to pay the rent touches many people in the Cornwall community and no one is immune to its consequences. These sorts of financial problems are common for many people. However, a lot of people seem to struggle more than others. It’s become apparent that some residents in Cornwall have been seeking financial help online when they’re unable to pay their rent. By starting an online fundraiser for rent assistance, these people struggling financially can seek help and can ensure their rent is paid on time. This sort of thing happens to a lot of people, so it’s not uncommon. However, it’s important that more people are made aware of how much poverty is affecting the individuals in Cornwall.

“The biggest effect that poverty has on individuals is being excluded from community life”, says Alyssa Blais, Executive Director of the Agapè Centre. “On this International Day, we must break the silence of poverty through our actions,” she adds.

Alyssa Blais is inviting people to take one action against poverty and share their story and inspire others on this day. Take a photo of yourself in action and upload it on Facebook and tag The Agapè Centre. Or tweet about it using #oneaction and @AgapeCornwall.

Additionally, starting on the 15th of October, the public is invited to join the Agapè Centre in a social media action using the hash tag #EndPoverty to raise awareness and fight against poverty. “This summer, we saw a huge increase in the number of people who eat in our soup kitchen and received groceries from our food bank,” says Alyssa. “It seems as a society we are moving backwards, isolating more and more people, creating a bigger divide between the rich and the poor.”

Communities are all about people. While not easy to measure, there are consequences for people, families, and communities when poverty and the disempowerment it creates result in people being socially excluded from education, athletic, cultural and community activities and from being a full participant in civic life.

The Agapè Centre wants to show the people behind all small and big actions that help end poverty. On this International Day for the Eradication of Poverty, people will gather all around the world to acknowledge the lives and efforts of those living in poverty and to renew their commitment to join them in their struggle.